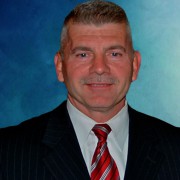 When disaster strikes – be it hurricanes, wildfires, tornados or other natural disasters – Verizon understand that wireless communications is critical for first responders and residents alike.

“We run toward a crisis – not away,” said Todd T. Biebel, Manager of Business Continuity – Disaster Recovery for Verizon Wireless. Biebel, who is a retired Lieutenant with the N.J. State Police, was among the speakers at the National Search and Rescue (NSAR) conference, June 4-6, in New Jersey

During emergencies, he said Verizon immediately deploys cross-functional teams to support first response and communications services for citizens in affected areas. The company has established a nationwide network of 45 Verizon Crisis Response Teams, or VCRTs, which comprise thousands of highly trained individuals who provide much-needed wireless and connectivity support round-the-clock during emergencies.

“Verizon has invested considerable time and money to prepare for and respond to emergency situations. So when the bell rings, our teams go to work,” said Biebel, who views his role as relationship-building and raising awareness of Verizon’s emergency management services.

Among its services, Verizon mobilizes various communications trailers with internet access, recharging services, access to activated phones and other emergency supplies. The technicians will also engineer cells sites so they can run on back-up power and dedicated generators during emergencies.

“The best news is these services are free to emergency response groups, government organizations and non-profit groups – because it’s all about being a good corporate citizen and giving back to the community,” said Biebel. “We prepare year-round to ensure we’re ready for any natural or man-made disaster that may affect our company assets, customers and communities.”

During Hurricane Sandy, for instance, Verizon technicians closely monitored the storm’s path and completed the required preparations days before Sandy reached the shore. They confirmed fuel supplies needed for backup generators, and also added critical inventory such as spare phones and batteries in centralized locations for rapid deployment.

Verizon also deployed its fleet of emergency vehicles, including a 51-foot mobile command center, two 53-foot mobile emergency calling centers and satellite trailers, to the areas hardest hit by the hurricane. In addition, the company staged portable cell sites and mobile emergency generators around the mid-Atlantic and Northeast regions.

“During Sandy, we delivered 2,000 data and phone devices to citizens – at no cost – because we realize wireless communication is critical to saving lives, and keeping people connected to family and friends,” said Biebel.

Verizon also repaired or replaced Verizon equipment that was damaged by Sandy, including thousands of telephone poles, cable transmission lines, switches and other electronics damaged by floodwaters. As needed, Verizon partnered with other commercial providers and government agencies to assist with the repair and restoration efforts.
For more information about Verizon’s emergency communications solutions, please visit www.verizonwireless.com/aboutus/commitment/emergency-preparedness.html

Standard Operating Procedures: What They Are and Why We Need Them
Scroll to top