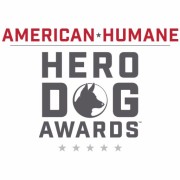 When the police dog Diesel was killed during a raid in the aftermath of the Paris Attacks of November 2015, the hashtag “Je Suis Chien” (“I am dog”) went viral; people around the world offered words of gratitude and love to the hero dog who was killed in the service of justice. Like Diesel, thousands of dogs in the U.S. work every day to keep us all safe and healthy—our canine friends serve in capacities such as bomb and drug sniffing, search and rescue, and even support with disabilities and therapy.

Watching the American Humane Hero Dog Awards this year, which aired October 28 on the Hallmark Channel, we were reminded of the multitude of ways in which dogs truly are man’s best friend. Mission Manager is proud to call the Hero Dog Awards a community partner and to help honor these amazing animals during this season of giving and gratitude.

Canine awardees were honored in eight different categories, including Arson, Emerging Hero, Guide/Hearing, Law Enforcement, Military, Search and Rescue, Service, and Therapy—each supporting a charity partner that received donations from the funds raised by the event. Here’s a rundown of this year’s amazing winners, our way of giving thanks to the four-legged companions who help keep our communities safe.

Hooch not only won the Emerging Hero award, but he was designated the 2016 American Hero Dog for his tireless work as a therapy canine! Hooch perhaps understands better than any other therapy dog what it means to overcome a disability. After all, having been adopted with a broken tail, no tongue, and cropped ears, this pup had trouble even eating and drinking when he was younger. These experiences may have helped Hooch learn compassion—he now works with autistic and special needs children, as well as those who have survived abuse, bringing cheer to everyone he meets.

This very special hero earned $7,500 for his charity partner, Pets For Patriots, a donation that will go a long way to help veterans adopt rescued shelter animals as companion pets.

Born in Easton, Pennsylvania, Judge, a 7-year-old Labrador Retriever, has dedicated his life to preventing the crime of arson and holding those who do commit such an act responsible. He has participated in over 500 fire safety programs with the Allentown Fire Department and helped find evidence at over 275 fire scenes. Since he began this work, the number of arsons in Allentown has dropped over 50%—quite an amazing feat!

Rescued from a high-kill shelter and trained at a women’s prison, Gander has truly passed his good fortune forward, embodying everything that “Service” stands for. Having visited 36 U.S. states, Gander now works to raise awareness about PTSD, veteran’s issues, and both visible and invisible disabilities. Over the years, he and his trainer have helped to raise over one million dollars for various veterans’ groups, and they continue to visit current and former service members as service dog ambassadors.

A kindhearted canine, Kobuk is perhaps best known in his community for his signature “Kobuk-kisses.” Trained as a search and rescue dog, Kobuk’s lessons bore fruit when he was able to locate an elderly woman who had gone missing, without her necessary medication, in rural Maine. With his keen nose and enthusiastic attitude, this pup never quits until he finds whoever needs finding and makes sure they receive the help they need.

Perhaps less known than some of these other canine occupations, many dogs are now being used in the military to facilitate search and rescue efforts and locate enemy combatants. Layka is one such canine who proved herself in the war in Afghanistan, where she not only helped soldiers locate explosives but actually engaged a combatant herself! Injured in this encounter, Layka survived after having a leg removed in Germany. Today, while retired, Layka acts as a living reminder that not all of our veterans stand on two legs.

At a mere 12 lbs., Hook is an expert guide and hearing dog who has truly gone above and beyond to ensure his owner’s safety and the happiness of those around him. Despite his small stature, Hook literally pulled his owner out of harm’s way on one occasion, and chased off a would-be thief on another! Working with his owner, a family therapist, he also helps to ensure that those around him feel supported, whether that means licking away tears or snuggling on patients’ laps.

As a dog who is paralyzed from the waist down, Mango knows what it’s like to go through the process of rehabilitation. With her owner, a military veteran who sustained a similar spinal cord injury, Mango’s work as a therapy dog inspires veterans with disabilities while also raising money to provide wheelchairs for other disabled animals.

Edo, the Dog in Blue

Working with the LAPD, Edo performs truly heroic deeds every day. On the particular day for which he won this prestigious award, Edo ran into a home and saved the lives of three young boys by literally pulling a gun from their attacker’s hand. By being the first to enter the scene, Edo was able to defuse the situation and protect his entire team.

Held in Los Angeles each year, the American Humane Hero Dog Awards is instrumental in drawing attention to and raising funds for the many ways in which our canine friends serve humanity each day. In addition to Hooch’s charity sponsor Pets For Patriots, the other organizations that benefited from the 2016 awards included Paws With a Cause, Canine Companions for Independence, National Search Dog Alliance, Combat Canines: The DDoc Foundation, Guide Dog Foundation for the Blind, Hand in Paw, and K9s4COPS.

Our thanks go out to all American Hero Dog Awards finalists and recipients, and to the many charity organizations and individuals working with these inspiring canines!