Mission Manager today unveils its powerful incident management tool to emergency managers in the Pacific Northwest during the Partners in Emergency Preparedness Conference (PIEPC), which runs through Thursday in Tacoma, Washington.  The conference is part of Mission Manager’s coast-to-coast road show, which includes tactical SWAT venues in New York, Louisiana and Las Vegas over the next few weeks. Here’s a rundown of the upcoming venues:

At Booth #19, Mission Manager’s staff will demonstrate how the cloud-based software can improve the efficiency and effectiveness of emergency management

The following week, Mission Manager representatives will head to the Northeast for the Tactical Conference & Expo 2016,  which runs April 26-27 in Verona,

NY. This large-scale SWAT training conference and vendor show is sponsored by the New York Tactical Officers Association (NYTOA), a non-profit corporation established to promote training, professionalism and the exchange of information between members of law enforcement, tactical units and crisis negotiation teams within, and surrounding, New York state.

Mission Manager will be among 150 industry vendors at NYTOA showcasing their latest technologies and products. At booth #508, Mission Manager reps will demonstrate how the software tool can streamline an agency’s daily operations, speed response times, and help ensure a Unified Command for deployments ranging from active shooters and high-risk warrant service to large-scale public events and training drills.

Next on the tour is the Louisiana Tactical Police Officers Association Training Conference, held May 2-6, in Gonzalez, LA. The venue, hosted by the Ascension Parish Sheriff’s Office, will include the vendor show on May 2, along with an incident debrief of the Lafayette Grand 16 theater shooting. The next few days will feature a SWAT competition and intensive training tracks.

Mission Manager will then head back to the West Coast for the TacOps West show, set for May 18-19 in Las Vegas, NV. TacOps West is a tactical training conference and exposition that balances elite training, networking functions and trade show experience into a three-day event. Mission Manager, which will be featuring interactive demos at booth #111, will be among 100 industry vendors showcasing their latest technologies and products.

The conference also includes approximately 30 training tracks taught by some of the most sought after instructors in the nation. Some of the top teams presenting are Las Vegas Metro SWAT, Los Angeles County SEB, LAPD SWAT and NYPD ESU.

Mission Manager can help agencies become more proactive vs. reactive – and ultimately improve response times – because it is based on the core principles of “Preparation. Readiness. Execution.”

As a daily team management tool, Mission Manager provides the current status and qualifications of members, including training, certifications and expirations. Administrators can also easily track and manage their team’s equipment and maintenance schedules.

Because this data is readily available, emergency managers / incident commanders can quickly determine who is qualified and available to respond when an emergency strikes.

When used as an online command center, Mission Manager helps ensure 360-degree situational awareness. The software provides a common operational picture – on multiple devices – that can be shared among agencies in multiple jurisdictions that are responding to the mission.

Highly secure and customizable, Mission Manager’s robust database provides a second-by-second record of every event. This data can be easily exported for ICS NIMS compliant reports.

The TEMC conference, which is hosted by the Texas Division of Emergency Management, attracts approximately 3,000 elected officials, first responders, emergency managers and decision makers from across Texas. At Mission Manager’s booth #412, company representatives will demonstrate how the cloud-based incident management software can help agencies control the chaos during disasters, and in the process, help save lives and property.

During callouts, Mission Manager provides immediate/rapid personnel notification though SMS text, voice and email (or all three simultaneously). This expedites the

response effort when every second counts. Administrators can quickly build teams through drag-and-drop functions, and establish the Command Post location and other area of interest on mission maps.

When used in the field, Mission Manager provides a common operating picture – on multiple devices regardless of location – that can be shared among agencies responding to the mission. All messaging is secure and cannot be picked up by radio/police scanners.

Every detail of the incident is captured and fully integrated into Mission Manager’s highly secure database –  including event logs, team assignments and radio logs – making the reporting process easy. Rather than re-tracing the chain of the events with pen-and-paper, administrators can quickly produce ICS reports and after action reviews with a click of a button.

For more details on how Mission Manager can assist agencies, check out these posts:

Emergency Management:
Learn How an Automated Incident Management Software Tool can Improve Emergency Preparedness and Response – Anywhere at Anytime in the Cloud

TTPOA  is a 501(c)(3) non-profit organization dedicated to the pursuit of excellence for SWAT units. TTPOA fosters the exchange of information between agencies and members; creates standards of training; and provides affordable training resources for tactical officers and teams. Established in 1983, TTPOA has grown to more than 3,000 members representing Texas and the U.S., as well as Europe and South America.

About the Texas Division of Emergency Management

TDEM coordinates the state emergency management program, which is intended to ensure the state and its local governments respond to and recover from emergencies and disasters, and implement plans and programs to help prevent or lessen the impact of emergencies and disasters. TDEM also provides an extensive array of specialized training for emergency responders and local officials, and administers disaster recovery and hazard mitigation programs in the State of Texas.

As Twitter celebrates its 10th anniversary this week, releasing a timeline of its most memorable moments, we’ve all witnessed how the social media giant has changed the world – hashtag-by-hashtag. With its 320 million active users pounding out 140-character limit messages each month, there’s no doubt that Twitter has ramped up communications to unimaginable levels.

Twitter has changed the way we monitor disasters, solve crimes, watch sports, consume news, build brands and connect with our audiences at an emotional level.

In the law enforcement community, Twitter is helping to solve crimes and prevent incidents from becoming mass casualty events.  Not only does social media humanize the force, it provides a platform for police officers to share information and quickly respond to tips from civilians.

When it comes to emergency management, social media monitoring with Twitter is a key ingredient to situational awareness during disasters. Having access to real-time information from eyewitnesses at the scene helps incident commanders/emergency managers make the right decisions – at the right time –when deploying strategic resources.

in real time, based on key words and related hashtags, to determine who is saying what within an area of interest.  Mission Manager’s cloud-based incident management system also allows you to capture the data and images from the Twitter feeds and quickly export the data for reports.

In addition to situational awareness, Twitter has eased information bottleneck for agencies during emergencies and ensures a consistent flow of information to the public. It allows emergency managers to interact with the public and get a second-by-second account of what’s happening during a crisis in an effort to save lives and property.

As witnessed during major disasters like Hurricane Sandy – which caused an estimated $50 billion in damages – emergency crews can quickly gauge the hardest hit areas based on the volume of Tweets in the path of destruction, according to an article in the New York Times, “Twitter Storms Gauge Damage of Real Ones.”

The article was based on a scientific study by the Commonwealth and Industrial Research Organization in Melbourne, Australia, which was

recently published in Science Advances.  It turns out that Twitter was slightly better than FEMA’s own models  in predicting the location and severity of damages caused by the 2012 storm, according to the report.

The study was based on 9.7 million Sandy-related messages sent by 2.2 million people during the disaster, according to the New York Times. Keywords such as FEMA, power, sandy, storm, etc., were analyzed and correlated with messages about financial data from federal, state and local relief payments and insurance claims filed after the storm.

“The more damage Sandy actually did to a neighborhood, as measured by the per capita cost of the repairs, the higher the intensity of relevant tweeting from those areas just after the storm,” according to the Science Advances report.

Even more amazing is Twitter’s swift speed when it comes to earthquake warnings. When a magnitude 5.8 earthquake hit Virginia in 2011, “the first Twitter reports from bystanders at the epicenter reached New York about 40 seconds ahead of the quake’s first shock waves,” according to the New York Times article.

As a result, federal seismologists are now experimenting with crowdsource earthquake warnings. 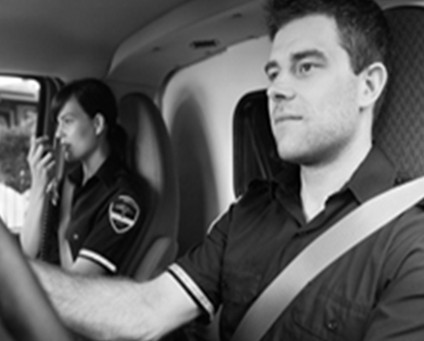