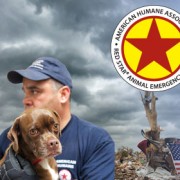 From saving injured horses on the bloody battlefields of World War I to rescuing pets and livestock during recent severe weather events, the American Humane Association’s Red Star® Rescue and Emergency Services for Animals has rushed to help injured, abused and neglected animals in need. Today, the Red Star team is able to do a better job than ever in rescuing animals with the assistance of Mission Manager’s cloud-based incident management software. Check out Mission Manager’s Red Star case study to learn how automation has enhanced the efficiency and effectiveness of the team’s life-saving missions – before, during and after their deployments.

Without a comprehensive volunteer management system in place, Red Star leaders needed to find a more efficient way to manage and track their nationwide volunteers. When an emergency occurred –whether it was a natural disaster or animal cruelty case – team leaders had to callout members via email batches and track responses manually. They also had to check in/out volunteers on a clipboard sheet, track field activities by ham radio and phone, and produce reports by pen-and-paper.

Mission Manager provides an all-encompassing, automated solution for daily team management, mission execution and reporting. Now, with a click of a button, administrators can quickly deploy members based on qualifications, track volunteers and events in real time, and quickly produce reports for debriefs for reimbursements.

The American Humane Association’s Red Star® Rescue and Emergency Services for Animals responds to natural and man-made disasters, including animal cruelty, to assist animals and communities in crisis. The team consists of a national roster of approximately 200 professionally trained staff and volunteers.

During the past 10 years, Red Star has saved and sheltered more than 80,000 animals. An 82-foot rescue rig – fully equipped for both animal rescue and veterinary services – is the centerpiece of a fleet of boats and vehicles ready to deploy anywhere in the country on a moment’s notice.

Founded in 1916 during World War I, Red Star has been involved in virtually every major relief effort, from Pearl Harbor to 9/11, as well as the earthquakes in Haiti and Japan, Hurricanes Katrina and Sandy, the deadly tornado in Moore, Oklahoma, and most recently, the devastating floods in South Carolina.

Mission Manager, Inc. donated its incident management software to the Red Star team in September 2014 as part of its commitment to helping first responders save lives and property. Today, the team actively uses Mission Manager to manage its volunteer roster, deploy and track members during missions, and automate reports.

“With the support of Mission Manager, the Red Star team is able to do a better job than ever in saving animals.”

THE CHALLENGE
Prior to adopting Mission Manager, the team did not have a comprehensive volunteer management system in place. Team leaders managed its volunteer roster by spreadsheet and deployed members via cut-and-paste email messages. Members were checked in/out of missions on a clipboard sheet, tasks and assignments were done by pen-and-paper, and reports typed up manually for reimbursements.

As a national organization with volunteers scattered throughout the country, it was clear that the team needed a more efficient way to manage and track their members before, during and after missions. They needed to find a more robust method to deploy their teams, especially during natural disasters when time was of the essence. They also needed to have better tools to prep for missions, particularly for animal cruelty cases that involved pre-planned raids.

“In the past, we managed our volunteers the old-fashioned way – practically on a stone tablet – which was very labor intensive,” said Dean Berenbaum, former American Humane Association Emergency Services Resource Manager who rolled out and customized Mission Manager for the Red Star team.

THE SOLUTION
As an all-encompassing system, Mission Manager has made a tremendous difference for the team by integrating the volunteer roster, live mission data and reporting functions.

“Mission Manager has been a godsend for the Red Star team – it’s comprehensive and very flexible,” said Berenbaum. “It has helped the team become much more efficient by simplifying the volunteer management process.”

Because Mission Manager allows the team to easily manage its personnel roster, it is a lot easier for administrators to do a callout and track the volunteers’ time on a deployment, he added.

“Now we have a database of our volunteers’ information at our fingertips, rather than having to rely on a glorified spreadsheet,” said Josh Cary, deputy director of Red Star team, who currently serves as the team’s primary administrator for Mission Manager.

“Administrators can now communicate more effectively with volunteers, regardless of their geographic region, because it is cloud-based in nature.”

Although Cary admits the team is “barely scraping the surface” of Mission Manager’s full functionalities, he is particularly impressed with the software’s ease-of-use, the roster and efficient three-way
callout feature. “We are delighted to use Mission Manager,” he said, “and are looking forward to getting more in-depth with the features so we can fully integrate it into our operations.”

HOW MISSION MANAGER IS USED

Check out the videos below to see the Red Star team in action and learn more about their missions:

ABOUT MISSION MANAGER
Mission Manager provides cloud-based software designed to help save lives and property by enabling first responders to operate more efficiently and effectively. Mission Manager’s team member and asset management capabilities, combined with its calendar and communication functions, allow users to enhance team readiness through optimized training and seamlessly integrate mission-specific operations during real-time events. Since 2011, Mission Manager has supported approximately 7,000 actual missions ranging from single-person rescues to large public events and full-scale natural disaster response. Mission Manager is currently used in all 50 US states, and on every continent except Antarctica. Truly a global tool, Mission Manager is available in 80 languages. 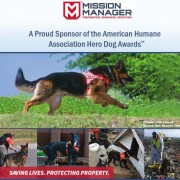 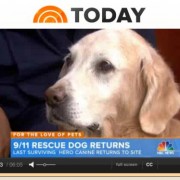 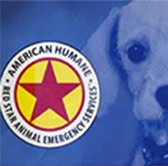 Is Your Agency Prepared for a Mass Shooting? 10 Steps to an Effective Active...

From Emergency Management to Law Enforcement, Twitter is Changing the Face of...
Scroll to top