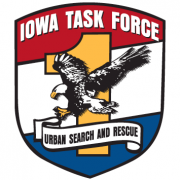 When the Iowa Task Force One (IA -TFI) Cedar Rapids’ team discovered that their callout system would be discontinued, they needed to find an alternative – and fast.  The 47-member team responds to statewide emergencies as a Type III “All Hazards” Urban Search and Rescue (USAR) team.

IA-TF1 is an elite, state-level USAR that is trained and equipped by the Federal Emergency Management Agency (FEMA) to respond to disasters involving structural collapse and other emergencies.

Cedar Rapids and Sioux City Fire Departments are the sponsoring agencies for IA-TFI, with each agency soliciting volunteers from their departments as well as responders from other city, state and local agencies. When deployed together, the IA-TFI unit is capable of operating as a Type I USAR team.

Their deployments range from responding to disasters such as tornadoes, floods and fires to assisting in SAR and recovery missions for lost and missing persons.  The team members are available 24/7 for the State of Iowa and through the national Emergency Management Assistance Compact (EMAC) system.

“ Mission Manager is a great tool for preparation, because we’re in a constant state of readiness. Large-scale disasters do occur in Iowa – and we need to be ready.”

When a disaster strikes or person goes missing, the IA-TFI unit must be on-scene and ready to assist within three hours. Segments of the task force can also be

“out the door” within an hour.

This means administrators must have an efficient way to contact members at a moment’s notice. Ideally, they need access to members’ current phone numbers, cell phone carriers, email addresses – as well as their training, certifications and expiration dates. Enter Mission Manager.

“When we realized that our alerting system had shut down – due to big changes in a grant-funded website – we needed to find a quick, powerful replacement,” said Capt. Curtis “Wally” Walser of the Cedar Rapids Fire Department, who also manages the IA-TF1 Communications Unit.  “We regretted the thought of having
to make 47 phone calls and sending multiple emails when we were on our way out the door.”

At the urging of Chief Dall, Capt. Walser took a closer look at the cloud-based incident management software – namely its integrated callout feature that includes SMS text messaging, email and voice. That’s when he saw a collaboration bridge between the Task Force’s COMMS Unit and the USAR team’s application of Mission Manager.

After a quick review of Mission Manager’s callout features, the IA-TFI Communications Manager realized it was far more sophisticated and easier to use than the previous callout system.  “I went to town with it. All I needed to do was clean up our data, make sure our members’ contact information was accurate, and we were up and running in no time.”

Capt. Walser, who says he is just “getting started” with Mission Manager, noted that he was particularly impressed with Mission Manager’s general flow-through and tabbing sequence – a feature not typically found on web-based database programs that are traditionally designed as scrolling web pages.

“In the tech world, many things disappoint me on a daily basis. “But I have to give kudos to Mission Manager –it is by far the best web-based interface to a database application that I’ve ever seen.”

That’s a huge compliment from someone who describes himself as a “high-maintenance tech guy who is hard to please.” He’s a Captain, a paramedic and IT

expert who has received widespread recognition for his expertise and service to the community.

The integration of Mission Manager’s callout feature was a natural extension of the software for the Cedar Rapids USAR team. Chief Dall discovered Mission Manager two years ago when doing an internet search for a mapping and asset management solution.  In the past, team leaders tracked hundreds of pieces of equipment by a spreadsheet and used standard paper maps to prepare for a deployment

As a big fan of Mission Manager’s mapping function, Chief Dall said, “It’s a great way to get the ‘lay of the land’ prior to a deployment and assign teams to a segment of the search area … I can bring up an area of interest – indicate the location of the Command Post, identify and refine likely search areas, print out a useable map within minutes, and hand it out to the team,” he said.

He added that Mission Manager also gives the team a more professional way of operating – especially the formal debriefs.

“We can quickly report the status of our deployments on a big screen – showing all the areas we’ve searched, all events that have transpired and any clues found.  These professional briefings reassure families, in particular, that we are doing everything possible to find their loved ones,” Chief Dall said, citing a recent mission involving the search and recovery of a drowning victim – a construction worker who had slipped off a bridge into the river.

To aid in their searches, the team relies heavily on the US National Grid (USNG) – the national standard geo-referencing tool for ground-based search and rescue operations.

IA-TFI produced an 8-minute USNG instructional video in 2015 as part of its five-part Search Video Series geared to Iowa’s first responders. The video project was an initiative of the Iowa Homeland Security Department.

“The implementation of USNG is near and dear to us,” said Chief Dall. “We’re doing a lot of outreach with local counties, including helping agencies get up to speed using USNG during training and live missions. We’re showing how the maps can improve efficiency and ensure a unified search effort.”

In fact, the task force hopes to incorporate USNG/ Mission Manager in a full-scale exercise scheduled for March 2017, which will simulate a missing persons search following a tornado that wipes out Henry County, Iowa.

The exercise will be similar to the Florida Task Force 4 (FL-TF4) MOBEX exercise last year in Lakeland, Fla., which helped FL-TF4 and responding agencies prepare for the real thing.

The COMMS suite, managed by Capt. Walser, includes a wide array of Land Mobile Radios, including VHS and UHS – ranging from analogue, conventional to P25 digital voice and hand-held Iridium Satellite phones, which provide push-to-talk communications way beyond the reach of traditional networks.

The 66-satellite Iridium operates as a Wi-Fi mesh network, enabling internet connectivity anywhere in the world.

“Other than ‘space aliens’ stealing the satellite signal, there’s almost no point where we wouldn’t have some form of wireless connectivity,” remarked Capt.  Walser.

The team’s training, equipment and software – including Mission Manager – are paid for by grants obtained by the Iowa Emergency Management Division from the Department of Homeland Security.

“We justify our costs by our multiple deployments – both real-word and planned events, including supporting exercise and drills, he said. “We found that there’s no other group in the state that has this level of equipment – as well as a highly skilled staff that is trained in maintaining the equipment and available to deploy 24/7.”

The team is organized so that it can divide into two groups once alerted. Each group works 12-hour shifts, which allows the team to work 24 hours a day while on the scene of a disaster. The extensive equipment cache allows the entire task force to be totally self-sufficient for up to four days.

“Mission Manager is a great tool for preparation, because we’re in a constant state of readiness,” said Chief Dall.  “Large-scale disasters do occur in Iowa – and we need to be ready.”

And when they do get alerted, Mission Manager ensures that the team can respond in a timely manner when every second counts.  “Just knowing that the software will be available, and ready to go when we’re faced with an emergency, certainly gives us peace of mind,” said Capt. Walser. 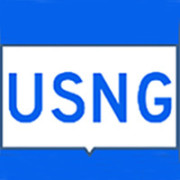 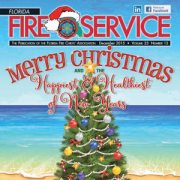 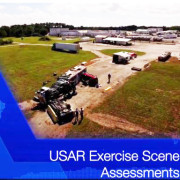 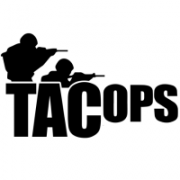 In the Aftermath of the Recent East Coast Terror Attacks, Authorities Urge Public:...
Scroll to top